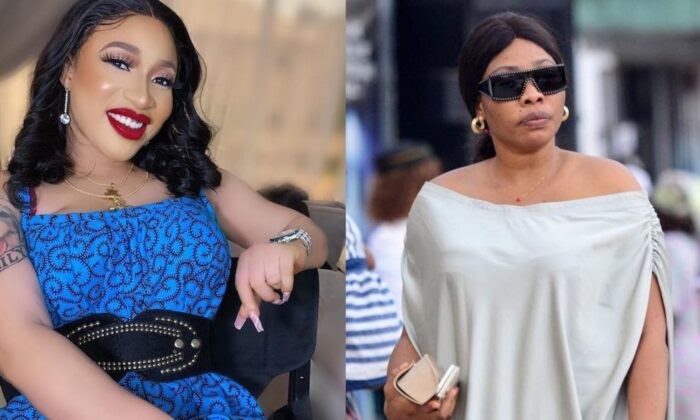 Nollywood actress, Doris Ogala has addresses speculations that she and her bestie, Tonto Dikeh were involved in a fight.

Hours ago, it was alleged that the duo were beefing themselves on Instagram, after they shared posts which seemed like a shade to each other.

“I laugh at some people when they think they are smart with their small brains Greedy a$sholes.”

Following this, some fans claimed that the duo are shading themselves, and Doris Ogala debunked this in a recent post.

Doris claimed that it was all staged as she bragged about being the writer of the script.