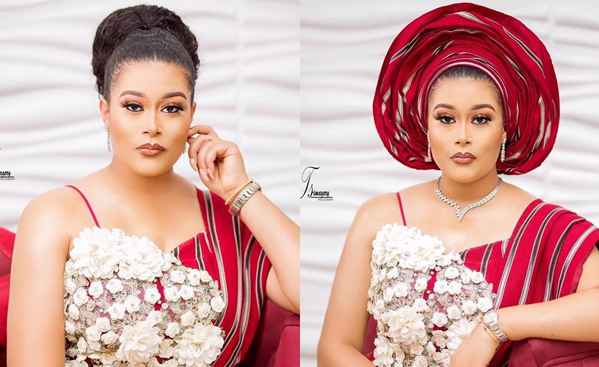 Nigerian actress, Adunni Ade has tendered an apology for her statement on Yoruba filmmakers and actors who are not well paid.

According to the actress who granted a recent interview with Channels Television, most filmmakers in the Yoruba and English sectors pay actors lesser than they deserve.

Clearing the air, the actress stated that the statement was never in any way meant to shame Yoruba filmmakers but to speak up for actors who are underpaid.

“I have seen and read tons of silly blogs who have changed my words to suit their page and give them reads and clicks,” she began.

“Out of 13 possible questions asked 1 was singled out. ‘Can you build a good credit number with the way Nollywood is structured, and what they do better to make sure actors and earn better?’ This is the question asked! My response was if greed is taken away, a lot will be better. Do not call a talent who will work tirelessly to deliver and thanks for coming would be given or no money at all.

“It is unfair. Some do not have the voice to respond or speak up. This is me speaking in general for both English and Yoruba Nollywood as interviewers always ask me questions pertaining to both spectrums since I work in both. That a lot of Yoruba talents and English talents do not earn enough.

“When we earn what we deserve, a lot would be cut out I.e asking public for funds, etc. it brings so much hurt to my heart hence my response. This wasn’t me shaming Yoruba Industry.

“Yoruba Nollywood, I come in peace! I meant well but if my speaking up has turned into something gruesome. I apologize.”