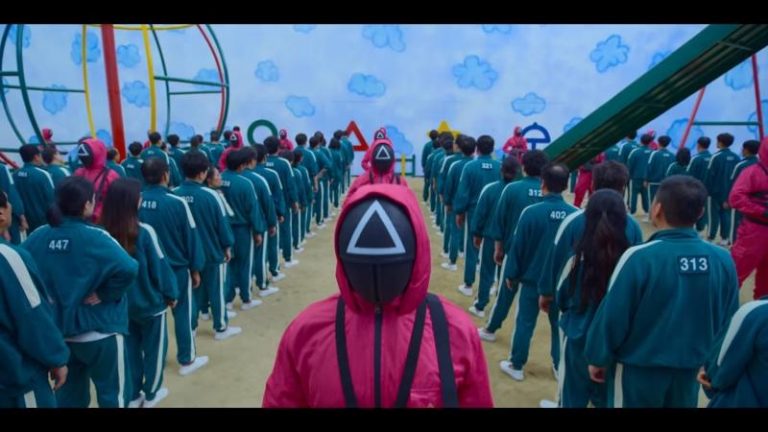 Netflix is launching a real-life ‘Squid Game’ reality TV series — and it’s looking for recruits to compete for millions of dollars.

The streaming giant made the announcement on Tuesday.

Unlike the original ultra-violent fictional show from South Korea, which became one of the biggest-ever hits on Netflix last year, losing contestants would not be killed.

The 456-player competition will include challenges “inspired by the original show” and “surprising new additions,” Netflix said in a statement, with the winner set to receive a $4.56 million prize.

“With the largest cast in reality TV history, 456 real players will enter the game in pursuit of a life-changing cash prize of $4.56 million,” the streaming platform said on a site set up to look for candidates.

“Squid Game: The Challenge” is looking for English speakers from around the globe, aged at least 21 and free to travel for up to a month in early 2023.

“The stakes are high, but in this game, the worst fate is going home empty-handed,” the platform promises.

Describing the new reality show as its “biggest-ever social experiment,” Netflix says players will compete “in a series of heart-stopping games.”

The original fictional series was seen as a biting satire on modern capitalism, with contestants drawn from the fringes of society to play children’s games for the chance to win big sums of money, with the threat of being killed if they lose.

The show is seeking English speakers from any part of the globe to compete.

Applicants must be 21 years old when they apply, own a valid passport, and be available for an “anticipated” four-week filming in early 2023.

As part of the application process, hopeful participants need to send Netflix a one-minute video explaining who they are, why they want to be on the show, what their strategy would be during the games — and what they would do with the massive prize.

The new announcement came shortly after Netflix confirmed that a second season of the “Squid Game” was on the way.